Berkana’s Board has always been eagerly involved in the work of the Institute, participating in events, Learning Journeys, and befriending those who participate in our offerings. Since the Warriors for the Human Spirit initiatives began in 2015, our Board is a group of four extraordinary women from the U.S., India and U.K., and Belgium. Their fields are quite diverse but they each have used their power and influence in the same way: Their leadership evokes peoples’ creativity and contribution, inspiring individuals and communities to work together for what they most care about. For their dedicated and edge-walking work, each has been recognized in their fields for their contributions and service.

Jennifer Smith is Executive Vice President Technology and Operations, and Chief Information Officer of Zions Bancorporation, a multi-state $67 billion bank holding company. As a member of the company’s executive committee, she drives transformative technology and operations initiatives, at enterprise scale, for long term customer and community value. She leads with courage and compassion to create environments of empowerment, performance, and belonging.

Jennifer’s work has been recognized multiple times by various industry organizations. Most recently, she has been honored as one of American Banker’s Women to Watch for three years running in 2017, 2018 and 2019; won the Women Tech Council’s Technology Leadership award in 2018; and was one of Utah Business’s CIOs of the Year in 2019. In 2013, she was globally selected as an International Women’s Forum Leadership Fellow; the following year, she was selected to the first cohort of Harvard Business School’s Young American Leaders.

Jennifer is committed to serving her community. She is a member of the YWCA of Utah’s Board of Directors and has previously held positions on the United Way of Greater Salt Lake’s board of directors and chair of their Women’s Leadership Council. She is a previous Big Brothers/Big Sisters of Utah mentor. In 2011 she received the Women’s Philanthropic Network’s Member of the Year award and United Way’s Heart and Hands award.

Over the years, Jennifer has participated in Berkana in multiple ways. She now serves as Chair of Berkana‘s Board of Directors.

Dr. Marshall is internationally recognized as an educational thought leader and a pioneer in STEM education and talent development. She works globally to support transformational learning and schooling and the design and creation of life-affirming learning environments that “learn as life does” -igniting and nurturing the goodness and genius within each child. She is the Founding President and President Emerita of the globally recognized Illinois Mathematics and Science Academy Founding President of the National Consortium of Secondary STEM Schools and a president the Association of Supervision and Curriculum Development. She has held multiple leadership roles in K-12 and higher education, from teacher to Superintendent of Schools to graduate school faculty member.

As a member of the Clinton Global Foundation, she partnered with Educate International (Eduq8) and the University of the Free State in Bloemfontein, South Africa to guide the design and development of high-quality STEM curriculum and pedagogy for rural and Township students. For over two decades she has partnered with Toronto-based WE.org to build and equip residential secondary schools for girls and boys in the Masai Mara in Kenya. Kasarani High School for Girls graduated its first class in December 2014; two additional high schools and a college have since been built. In 2015 she created the Marshall Endowment to sustain scholarship support for students.

She has won innumerable awards and honors, authored dozens of articles and one book The Power to Transform: Leadership that Brings Learning and Schooling to Life.

Stephanie has been with Berkana since its inception in 1991, learning and growing with us and serving on the Board multiple times. www.stephaniepacemarshall.com 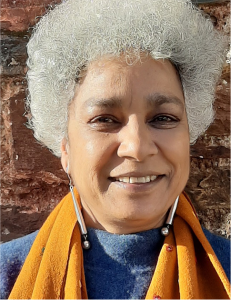 (U.K. and India) has initiated grass-root level movements in India, which is where she originally comes from and in the UK, where she now lives. Her driving force has always been to keep the focus on the search for the deeper spiritual meaning of life, to aspire to that which is higher than ourselves. Using all her abilities, her motivation is to enable a voice for the poorest of the poor, the richest of the rich, the marginalized and the dispossessed, to regain human dignity and simplicity in their lives.

For the past several years, she has been the Operations Director of the Flow Partnership (TFP) (www.theflowpartnership.org) a UK based NGO working to rejuvenate landscapes and counter the increasing threat of floods and droughts through community collaboration. In partnership with communities and using their innate, local wisdom, TFP helps them build natural infrastructure which serve to slow surface rain water runoff, allowing it to filter and store, helping minimize erosion, recharge aquifers, regulate localized weather patterns and create wildlife habitat. With the increasing threat of climate change and global heating, the Flow Partnership’s work is ever-more needed. Current projects are in India, the UK. and Slovakia and the setting up of an open source global Water School where these methods of rejuvenating landscapes will be freely available.

She is also a Trustee of Earthinks UK, a Trustee of the Agroforestry Research Trust and an Editor of the Holistic Science Journal. 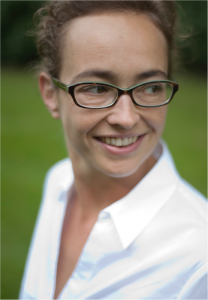 Julie Arts. Julie (Belgium) is a core faculty member and senior consultant in the Presencing Institute (PI), founded in 2006 by MIT Sloan School of Management Senior Lecturer Otto Scharmer and colleagues, to provide action research for societal transformation.
She is an economist and innovator in activating (eco-)systemic transformation. Julie works internationally, designing and hosting multi-stakeholder transition processes and leadership programs.

Her focus is on creating action-oriented learning environments, globally-connected yet locally-activated, and she has spearheaded several online-to-offline initiatives for catalyzing ecosystem leadership and action, like u.lab. Julie’s skill lies in her ability to support and connect people, places and initiatives across boundaries (countries, cultures, languages…) and to bring her work to communities, institutions and businesses across the globe.

Julie’s career started in 1998 in international banking (KBC Bank). After a 6-month backpacker trip throughout Latin-America, she switched to communication & strategy in 2000, which led her to becoming an independent facilitator in multinational corporations and large institutions like Unilever, TNO and Lekkerland. And later she also worked for a year, part time, for the University of Leuven (Belgium).
Julie has been a member of Berkana’s Board since 2016.