Leadership in the Age of Complexity 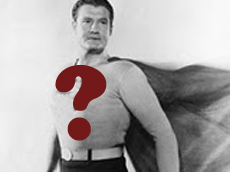 For too long, too many of us have been entranced by heroes. Perhaps it’s our desire to be saved, to not have to do the hard work, to rely on someone else to figure things out. Constantly we are barraged by politicians presenting themselves as heroes, the ones who will fix everything and make our problems go away. It’s a seductive image, an enticing promise. And we keep believing it. Somewhere there’s someone who will make it all better. Somewhere, there’s someone who’s visionary, inspiring, brilliant, trustworthy, and we’ll all happily follow him or her. Somewhere…

Well, it is time for all the heroes to go home, as the poet William Stafford wrote. It is time for us to give up these hopes and expectations that only breed dependency and passivity, and that do not give us solutions to the challenges we face. It is time to stop waiting for someone to save us. It is time to face the truth of our situation—that we’re all in this together, that we all have a voice—and figure out how to mobilize the hearts and minds of everyone in our workplaces and communities.

Why do we continue to hope for heroes? It seems we assume certain things:

These beliefs give rise to the models of command and control revered in organizations and governments world-wide. Those at the bottom of the hierarchy submit to the greater vision and expertise of those above. Leaders promise to get us out of this mess; we willingly surrender individual autonomy in exchange for security.

The only predictable consequence of leaders’ attempts to wrest control of a complex, even chaotic situation, is that they create more chaos. They go into isolation with just a few key advisors, and attempt to find a simple solution (quickly) to a complex problem. And people pressure them to do just that. Everyone wants the problem to disappear; cries of “fix it!” arise from the public. Leaders scramble to look like they’ve taken charge and have everything in hand.

But the causes of today’s problems are complex and interconnected. There are no simple answers, and no one individual can possibly know what to do. We seem unable to acknowledge these complex realities. Instead, when the leader fails to resolve the crisis, we fire him or her, and immediately begin searching for the next (more perfect) one. We don’t question our expectations of leaders, we don’t question our desire for heroes.

The Illusion of Control

Heroic leadership rests on the illusion that someone can be in control. Yet we live in a world of complex systems whose very existence means they are inherently uncontrollable. No one is in charge of our food systems. No one is in charge of our schools. No one is in charge of the environment. No one is in charge of national security. No one is in charge! These systems are emergent phenomena—the result of thousands of small, local actions that converged to create powerful systems with properties that may bear little or no resemblance to the smaller actions that gave rise to them. These are the systems that now dominate our lives; they cannot be changed by working backwards, focusing on only a few simple causes. And certainly they cannot be changed by the boldest visions of our most heroic leaders. If we want to be able to get these complex systems to work better, we need to abandon our reliance on the leader-as-hero and invite in the leader-as-host. We need to support those leaders who know that problems are complex, who know that in order to understand the full complexity of any issue, all parts of the system need to be invited in to participate and contribute. We, as followers, need to give our leaders time, patience, forgiveness; and we need to be willing to step up and contribute.

These leaders-as-hosts are candid enough to admit that they don’t know what to do; they realize that it’s sheer foolishness to rely only on them for answers. But they also know they can trust in other people’s creativity and commitment to get the work done. They know that other people, no matter where they are in the organizational hierarchy, can be as motivated, diligent and creative as the leader, given the right invitation.

The Journey from Hero to Host

Leaders who journey from hero to host have seen past the negative dynamics of politics and opposition that hierarchy breeds, they’ve ignored the organizational charts and role descriptions that confine people’s potential. Instead, they’ve become curious. Who’s in this organization or community? What skills and capacities might they offer if they were invited into the work as full contributors? What do they know, what insights do they have that might lead to a solution to this problem?

Leaders-as-hosts know that people willingly support those things they’ve played a part in creating—that you can’t expect people to ‘buy-in’ to plans and projects developed elsewhere. Leaders-as-hosts invest in meaningful conversations among people from many parts of the system as the most productive way to engender new insights and possibilities for action. They trust that people are willing to contribute, and that most people yearn to find meaning and possibility in their lives and work. And these leaders know that hosting others is the only way to get complex, intractable problems solved.

Leaders-as-hosts don’t just benevolently let go and trust that people will do good work on their own Leaders have a great many things to attend to, but these are quite different than the work of heroes. Hosting leaders must:

It’s important to note how leaders journeying from hero to host use their positional power. They have to work all levels of the hierarchy; most often, it’s easier to gain support and respect from the people they lead than it is to gain it from their superiors. Most senior leaders of large hierarchies believe in their inherent superiority, as proven by the position they’ve attained. They don’t believe that everyday people are as creative or self-motivated as are they. When participation is suggested as the means to gather insights and ideas from staff on a complex problem, senior leaders often will block such activities. They justify their opposition by stating that people would use this opportunity to take advantage of the organization; or that they would suggest ideas that have no bearing to the organization’s mission; or that people would feel overly confident and overstep their roles. In truth, many senior leaders view engaging the whole system as a threat to their own power and control. They consistently choose for control, and the resultant chaos, rather than invite people in to solve difficult and complex problems.

Leaders who do know the value of full engagement, who do trust those they lead, have to constantly defend their staff from senior leaders who insist on more controls and more bureaucracy to curtail their activities, even when those very activities are producing excellent results. Strange to say, but too many senior leaders choose control over effectiveness; they’re willing to risk creating more chaos by continuing their take-charge, command and control leadership.

Those who’ve been held back in confining roles, who’ve been buried in the hierarchy, will eventually blossom and develop in the company of a hosting leader. Yet, it takes time for employees to believe that this boss is different, that this leader actually wants them to contribute. It can take 12 to 18 months in systems where people have been silenced into submission by autocratic leadership. These days, most people take a wait-and-see attitude, no longer interested in participating because past invitations weren’t sincere, or didn’t engage them in meaningful work. The leader needs to prove him or herself by continually insisting that work cannot be accomplished, nor problems solved without the participation of everyone. If the message is sincere and consistent, people gradually return to life; even people who have died on the job, who’re just waiting until retirement, can come alive in the presence of a leader who encourages them and creates opportunities for them to contribute.

Leaders-as-hosts need to be skilled conveners. They realize that their organization or community is rich in resources, and that the easiest way to discover these is to bring diverse people together in conversations that matter. People who didn’t like each other, people who discounted and ignored each other, people who felt invisible, neglected, left out—these are the people who can emerge from their boxes and labels to become interesting, engaged colleagues and citizens.

Hosting meaningful conversations isn’t about getting people to like each other or feel good. It’s about creating the means for problems to get solved, for teams to function well, for people to become energetic activists. Hosting Leaders create substantive change by relying on everyone’s creativity, commitment and generosity. They learn from firsthand experience that these qualities are present in just about everyone and in every organization. They extend sincere invitations, ask good questions, and have the courage to support risk-taking and experimentation.

Are You a Hero?

Many of us can get caught up acting like heroes, not from power drives, but from our good intentions and desires to help. Are you acting as a hero? Here’s how to know. You’re acting as a hero when you believe that if you just work harder, you’ll fix things; that if you just get smarter or learn a new technique, you’ll be able to solve problems for others. You’re acting as a hero if you take on more and more projects and causes and have less time for relationships. You’re playing the hero if you believe that you can save the situation, the person, the world.

Our heroic impulses most often are born from the best of intentions. We want to help, we want to solve, we want to fix. Yet this is the illusion of specialness, that we’re the only ones who can offer help, service, skills. If we don’t do it, nobody will. This hero’s path has only one guaranteed destination—we end up feeling lonely, exhausted and unappreciated.

It is time for all us heroes to go home because, if we do, we’ll notice that we’re not alone. We’re surrounded by people just like us. They too want to contribute, they too have ideas, they want to be useful to others and solve their own problems.

Truth be told, they never wanted heroes to rescue them anyway.

Parts of this article are excerpts from Walk Out Walk On: A Learning Journey Into Communities Daring to Live the Future Now. Margaret Wheatley & Deborah Frieze. Berrett-Koehler Publishers, Forthcoming April 2011.

the berkana institute is a 501c3 organization. ©2020 all rights reserved.